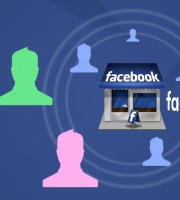 In this era of mobility we are no doubt connected to the internet 24X7 with the help of our smartphones. Most of the time we interact with each other and perform our important business tasks via the internet. But the speed of the connections are entirely different in the developed market and in the developing market. Facebook, the popular social networking site has taken this particular issue into consideration and is trying to bridge the gap between these two markets and wants their employees to comprehend the users of the developing market better with the initiative known as “2G Tuesdays”.

Facebook is trying hard to further its interests in the developing world by introducing latest apps and features catering to the hunger of the developing market. But the creators of those applications and special features are on an entirely different connections (3G/ 4G) which offers greater speed than the people who actually use these on a practical level.

To provide a better understanding to its employees about the developing market and to bridge the “empathy gap”, Facebook is launching a brand new initiative. Every Tuesday the employees of Facebook will have the option to go for “2G Tuesdays”. On this particular day the employees will receive a pop-up on the computers providing them the option to use the much slower 2G connection for an hour.

The engineering director of Facebook Tom Alison said that when he for the first time opened Facebook on his smartphone with a 2G connection it tested his patience greatly and also felt that the parts of the product were fragmented. This is precisely the reason why he and his team of emerging market engineers have invested a huge amount of time modifying Facebook’s News Feed in order to optimize it for very slow network speed. This team of engineers use phones with 2G connection on a daily basis and travels to places like India and Kenya to experience how people in these parts of the world actually use the product. For the employees of Facebook who do not travel to India “2G Tuesdays” will be a fantastic experience.

The social networking giant also highlighted the improvements and updates that it has inculcated in the app for the emerging markets. Like it has created an open -sourced Network Connection Class system that helps its app to figure out a user’s connection when he is flying and then depending on it shows different types of News Feed stories.

Tom Alison thinks that majority of the employees will go for “2G Tuesdays” both for an in-depth understanding of what the internet experience is in the developing markets and also to point out issues and suggest things to their team.