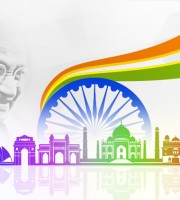 “Everyone must be his own scavenger”- Mahatma Gandhi. This statement by Gandhiji is a direct reference to the importance of hygiene and cleanliness in our lives. Sadly enough, after so many years of independence being the firm believer in the Gandhian way of life we Indians have not yet stopped the violence on our senses. We have still not gained independence from our obnoxious unhygienic practices.

On 2nd October 2014 Indian Prime Minister Narendra Modi initiated a nation-wide campaign to clean India completely by 2019, the 150th birth anniversary of Gandhiji. This will be an apt tribute to the ‘Father of the Nation’. The cleanliness campaign have been named as Swachh Bharat and its concept is very simple. It concentrates on providing sanitation facilities to each and every family, and this includes toilets, solid and liquid waste clearance system, village cleanliness and safe and sufficient drinking water. To make his point PM Narendra Modi wielded a broom to clean the streets of Valmiki Sadan in Central Delhi. Significantly, Valmiki Sadan is a colony of sanitation workers and these workers are considered as untouchables.

Since Swachh Bharat Abhiyan is a very broad concept, it’s certain important objectives are as follows:

Now, one may say that cleanliness is a regular part of our lives and why to concentrate on this issue so massively? There are few broad reasons to do this and those are follows:

On 2 October 2015, India is all set to celebrate the first anniversary of Swachh Bharat Mission and many activities will take place to spread message of hygiene far and wide. The PM has constituted a team of ministers to plan a seventeen day anniversary celebration of this mission. There will be huge advertisement campaigns in print, on television and radio. There will be walkathons in states and the best performing cities will be awarded by the high profile ambassadors of the mission.

Our ‘Father of the Nation’ is a revolutionary and a man of learning. His thought swayed many. Hopefully in this era also his concepts about cleanliness alters our habit and view points in the same way. It is a long road and we are not even half done.